It was a great session yesterday in Oxfordshire with Sixties icon Sandie Shaw. Sandie is guesting on several new Some Velvet Morning recordings, which the band look forward to sharing soon. 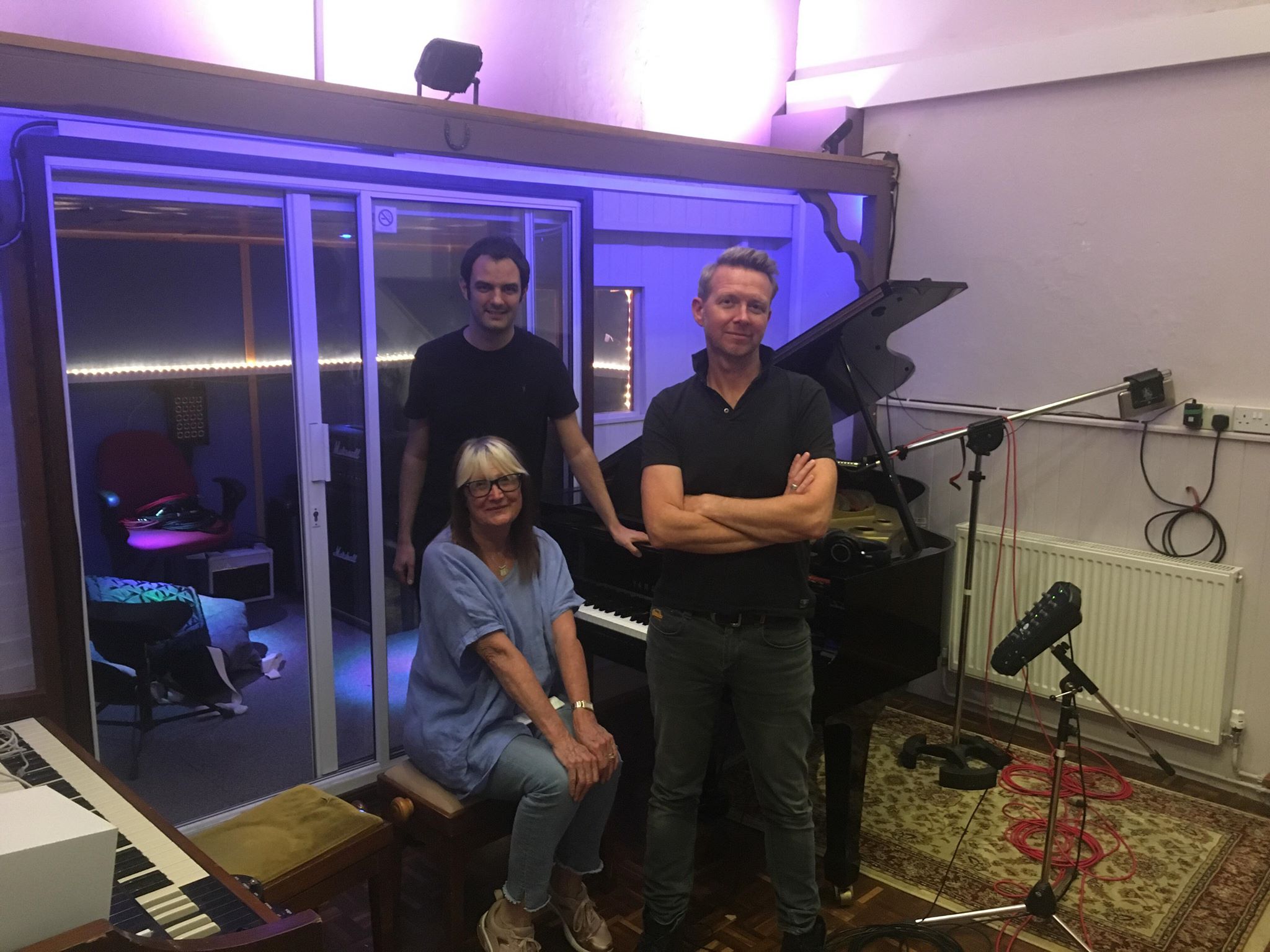 With a total of eight UK top ten hits, including ‘(There’s) Always Something There to Remind Me’ and ‘Long Live Love’, Sandie was one of the most successful and most iconic women in Britain in the 60s, being the first British artist to win the Eurovision Song Contest in 1967 with ‘Puppet on a String’. Shaw has recorded songs for the films ‘Letter to Brezhnev’ and ‘Made in Dagenham’. Her many fans include The Smiths and The Jesus and Mary Chain both of whom she has written and performed with. She has also recently toured as a special guest with the Jools Holland & His Rhythm & Blues Orchestra.